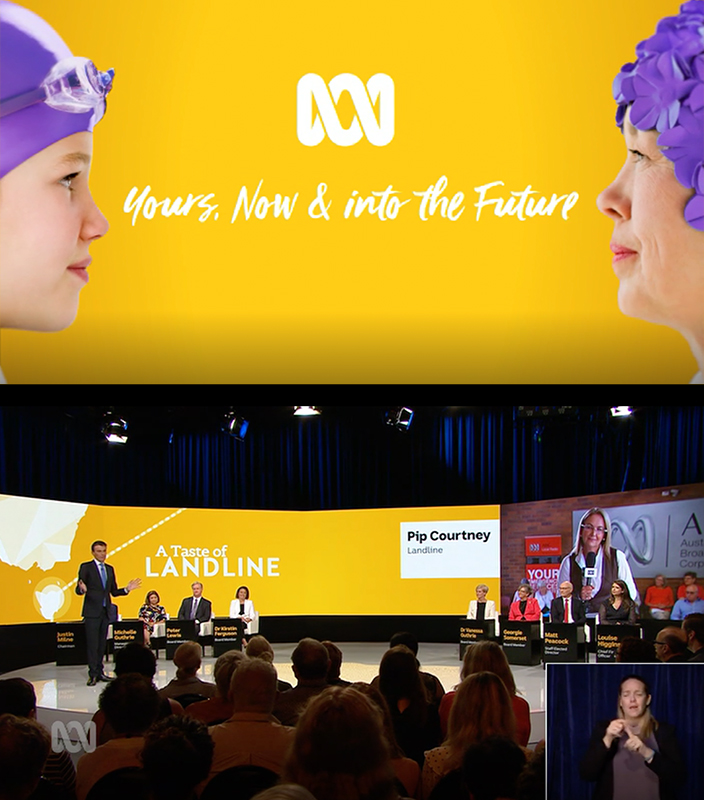 PROJECT GOALS  – Create a two-way and engaging conversation with the Australian public around the value of the ABC.

The Annual Public Meeting was initiated by the ABC to increase transparency and accountability in the way public companies do annual general meetings. More than 400 people attended live events in Sydney, Rockhampton and Launceston, while others around the country watched a live stream.

We collaborated with key ABC team to: